loading
In the upcoming Game Update 1.2 Bioware announced a number of improvements and changes to the in-game content. We decided to check out the new changes on the Public test server and to share our observations with you. As you have probably noticed in the Patch 1.2 Notes for the Public Test Server we can expect some major improvements like new Warzone – Novare Coast, new Flashpoint – The Lost Island, customization of user interface, expanded Legacy system, and minor improvements like warzone rankings, new daily missions, new pets, guild banks, new schematics, a new tier of PvP and PvE weapons and armor, new roleplay emotes.

In the tabs below you will find the most important changes in Update 1.2. that we have dug up for you.


Hide Head Slot and Show Dark Side Corruption are also located in the Customize Appearance window.

Usable mission items can now be activated from the tracked mission log that appears on the right side of the screen. 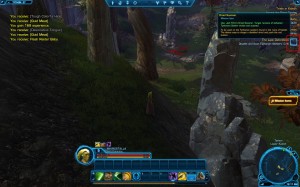 We would like to thank Calisti for commendations exchange.
You have probably noticed new icon above your character. Each Class and her Advance Classes have unique icons. Don’t panic, if you don’t like the icon you can turn it off: Preferences -> Nameplates.

I would like to thank Onesto for some icons that I couldn’t find on PTS.
Update 1.2 introduces new adorable pets Taunta, Crimson Rakling, Midnight Rakling, Pale Rakling, Orokeet, Orosquab, Taunta, Taunlet. If you are looking for a cute little pet to follow you on your adventures check out our SWTOR Pet Guide and find out how to obtain new pets. 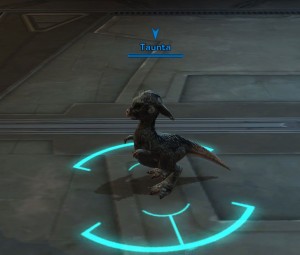 Target of Target is a new feature that shows you what your target is targeting. This feature is essential for healers, tanks or raid leaders to see which party member has aggro. This feature is disabled by default (the red element in Interface Editor), so you need to enable it first.
In your Interface Editor (placed in the Options Window) click on the Target of Target element and check Enabled option.

This is just a small part of our Game Update 1.2. exploration. We are currently working on Legacy System guide, new Lost Island Flashpoint Tips & Tricks, and much more. If you have noticed something interesting in Game Update 1.2. on PTS leave us a comment below and we will share it with Swtor community.

One Response to The most important changes in Update 1.2