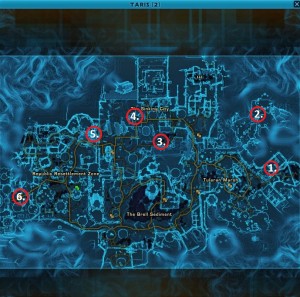 Transport Station 5, North From Tularan Marsh, at south side on the first floor of a huge structure.

The Sinking City, above the engine of a crashed spaceship.

The Sinking City, from Collapsed Medical District you can notice this Droid standing high in the air, at the top of the destroyed building structure.

Republic Resettlement Zone, Northeastern part, at the floor edge, in the air.

Republic Resettlement Zone, Southwestern part, high in the air, at the floor edge. 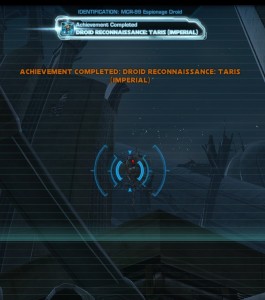