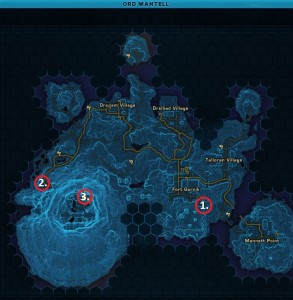 Fort Garnik, Southeastern part, at the edge of Fort Garnik map, place your view toward Southwest.

Just before the entrance to the Separatist Stronghold, high in the air, near a radar at the top of the rocks.

Above the entrance with purple power shield. 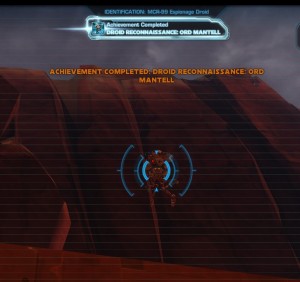