Marked locations on the map are the areas from where you can spot MCR-99 Droids. 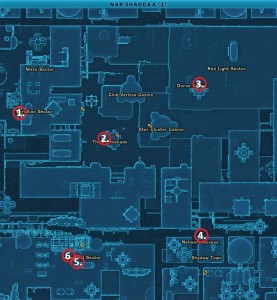 Corellian Sector, Northwestern part, at the very edge, near taxi pad, point your view down, in the distance, near a taxi on another platform, is droid.

Duros Sector, Eastern part, near taxi pad, at the top of one of the bridges in the air, from where two cables are hanging out.

Network Access, just bellow the taxi pad area, standing at one of the platforms bellow. 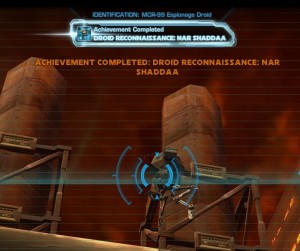