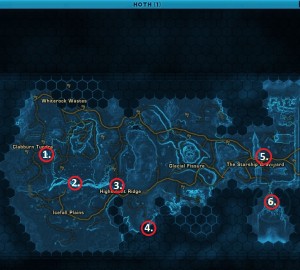 Clabburn Tundra, in the center of the map, at the top of the hottest point of planet Hoth. It is a small earth crack from where lava is coming out.

Highmount Ridge, at the top of the tall structure, west from Leth Outpost.

Highmount Ridge, Southern part, on the top of a wrecked spaceship.

The Starship Graveyard, Northeastern part, on the top of the broken spaceship part which sticks out from the ground.

The Starship Graveyard, Southern part, inside a back motor engine. 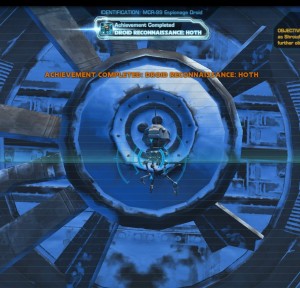