Marked locations on the map are the areas from where you can spot MCR-99 Droids. There are two different starting MCR-99 Droid positions, for Republic and Empire each. 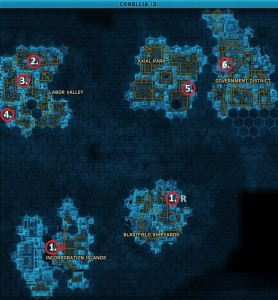 Incorporation Islands, Western part, from taxi pad, point your view toward the north, specifically on a pipe coming out from building wall.

Labor Valley, west from Republic Base, behind the signs at the top of the building.

Labor Valley, Southwestern part, at the top of the corner of wrecked building. 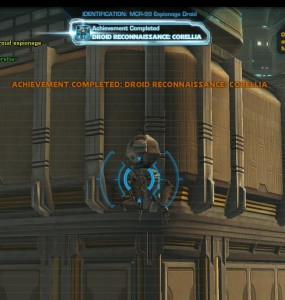