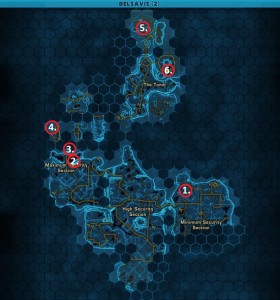 Minimum Security Section, Northwestern part, inside a watchtower in the center of the compound courtyard.

Maximum Security Section, North part, at the top of a rock that emerges from lava.

Ancient Prison Caverns, Southwestern part, on the second floor, behind a power shield.

The Tomb, Northern part of the map, above the world boss Primal Destroyer, in the crack of the roof.

The Tomb, right above the entrance of the Temple, at eastern part of the map. 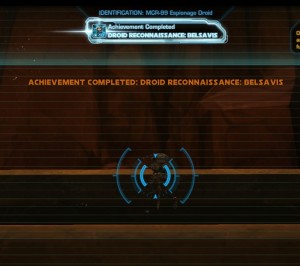