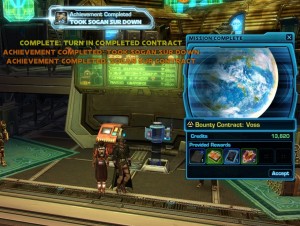 Nenchmen’s daily missions are quite linear and consist of five parts: