loading
The latest SWTOR 3.0 Shadow of Revan Digital Expansion challenges you with new datacrons hunt. In order to collect four Rishi datacrons that give +10 to main stats, you’ll have to complete several tasks such as finding three rare mobs, defeating them, getting items that give you buffs. These first tasks are mandatory, because without these buffs you’ll not be able to get new buffs and to acquire the final buff which will help you reveal the location of the datacrons. And we thought the jumping-puzzle datacrons were challenging tasks … 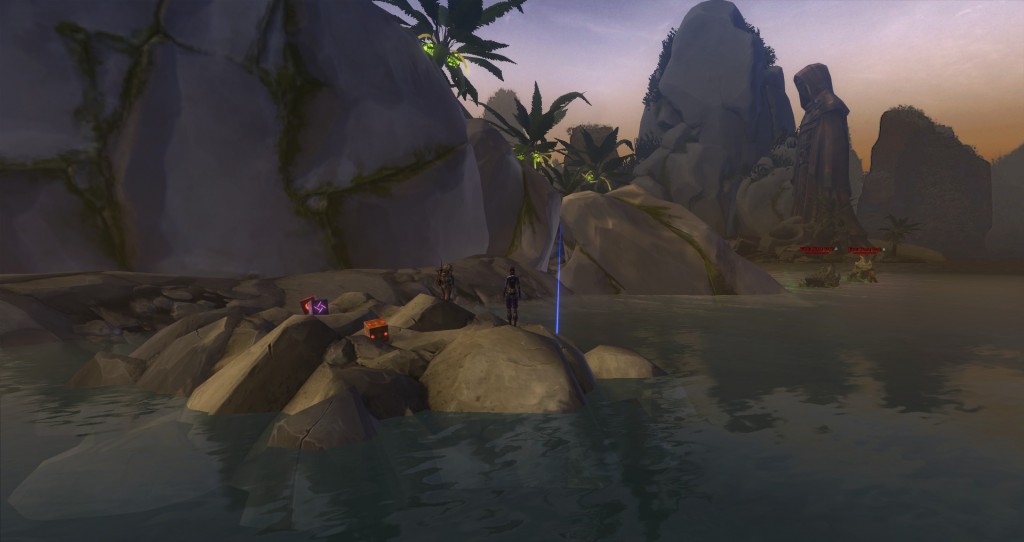 This is the first step. In order to complete it you have to find and kill three extremely rare Grophets. They spawn at specific locations on the map, but only after defeating regular placeholder Jungle Grophets. This is a VERY long process, which demands 2-4 hours of farming the same normal mob (which respawn time is about 4 minutes) until the rare one spawns. Once you kill the rare mobe, collect Data Packet item (non BoP), then move onto the next location and start farming a new one. It’s not hard to defeat rare mobs, you can easily solo them on level 55. It is important to note that Data Packets are junk items, therefore don’t click Sell Junk button while selling stuff.

Note: We suggest to start farming process at locations of Breck and Wudd. Distance between these two mobs is pretty short. Once you kill Jungle Grophet placeholder at the first location, run towards the second location and defeat the other placeholder. Rinse, repeat.

Transport Crate takes you to the Slaver Camp.

After collecting two buffs “Neural Imprint” and “Incredible Smell” investigate Unique Rock Formation located in western Sky Ridge Island, north from Revanite Camp. This action removes previous buffs, and gives you the final one called “Neural Location”. It also projects a beam of light, that reveals the location of the datacrons.

Investigating Anchored Rock (with the active buff “Neural Location”) will give you codex entry and the legacy tittle “Lord of the Oceans”, and achievement (50 points): “X Marks the Spot”. Shortly after, friendly Sea Creature Tentacles will appear near the Anchored Rock and destroy it, revealing Datacrons and Security Chest location. Looting Datacrons will give you +10 stats on Strength, Willpower, Aim and Cunning, and the codex entries 90/91/92/93. Security Chests give adaptive armor rating 178.