Quest List
You’ve been sent to rescue Andra Cressen from House Rist. She isn’t the only prisoner they’ve taken, however. Head to the House Rist tunnel and release the prisoners. Ensure that Rist cannot take anyone else by defeating as many of them as you can. 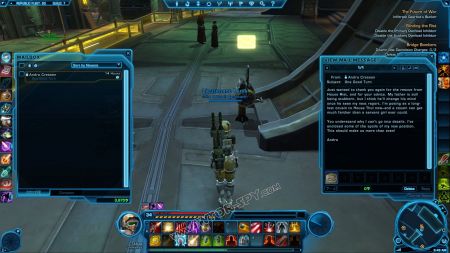