Quest List
On Nar Shaddaa, you’ve been assigned to work with an SIS operative named Jonas Balkar to stop a renegade Republic battle droid called M1-4X. The droid is tied to the Havoc traitors, but it doesn’t seem to realize that its masters have defected to the Empire.

Since the droid escaped your first attempt to capture it, Jonas Balkar is making plans to track it down. Meet with Jonas Balkar in his abandoned warehouse hideout in the Red Light Sector.
Ends at: 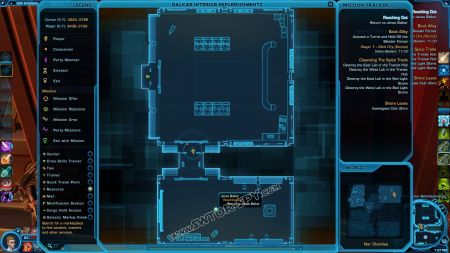 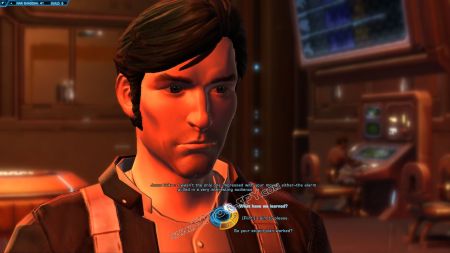