Quest List
Faced with fighting a losing battle for Ilum’s crystal resources, the Republic has decided to use their mining equipment to collapse a valuable set of tunnels, preventing the Empire from getting to the crystals. Colonel Baramak has asked you to destroy the Republic’s mining equipment in order to foil this plan.
Starting at: 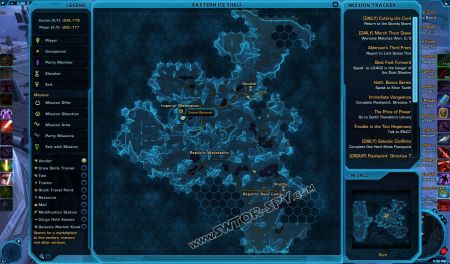 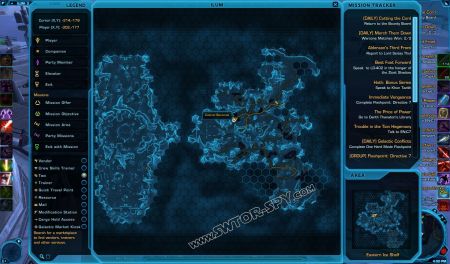