Quest List
Centuries ago, a Sith attack demolished Taris. Now, the Republic rebuilds. You have allied with Darth Gravus and his irascible apprentice, Thana Vesh, to restore Taris’s ruin. A Republic commander, Kom Orda, is slowing the Empire’s assault, but to reach Orda you must first neutralize a group of hostile colonists.

You have decided to end the Cathar threat through extreme force. Go to their militia training camp in the Brell Sediment and thin the number of Cathar settlers.
Starting at: 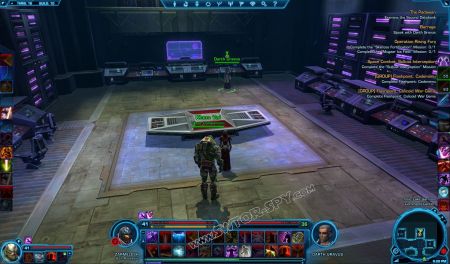 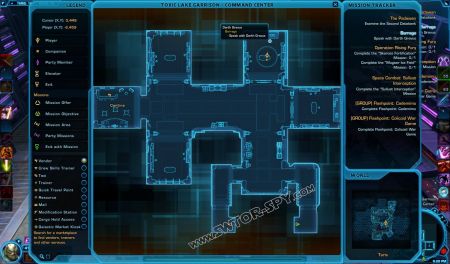 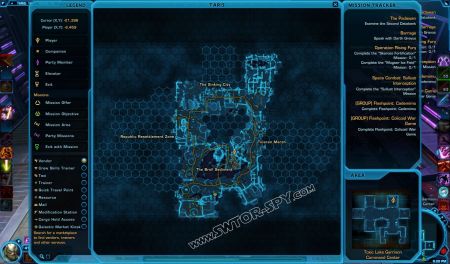