Quest List
Madel Felth has informed you that an alien called “the Flame” has arrived on Nar Shaddaa and united the alien refugees of the area against the Empire. Madel’s inside agent was discovered and killed, and his body put on display.

Madel needs you to go to Umbarra Plaza in the Duros Sector where her agent’s body is on display. Recover the agent’s report from his body, and use combustible chemicals to dispose of his remains.
Starting at: 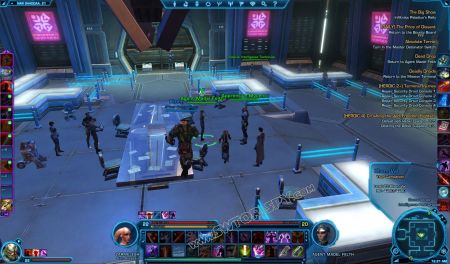