Quest List
While exploring the tomb of Naga Sadow, you encountered a starving and weakened creature named Seh-run. He claimed that he once lived in the Sith Academy where Overseer Prithor fed him meals that greatly increased his strength.

You promise to return to Overseer Prithor, Seh-run’s former keeper, and bring back another “special meal.” You will find Overseer Prithor in the Academy’s beast pens.
Starting at: 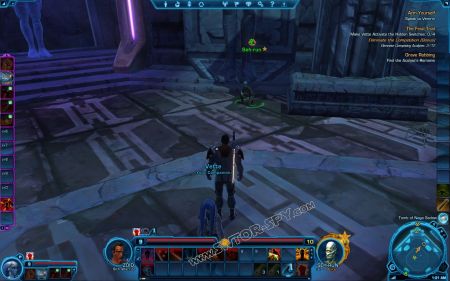 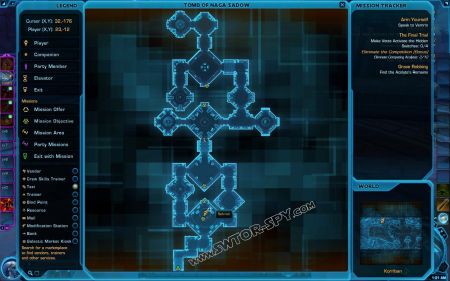 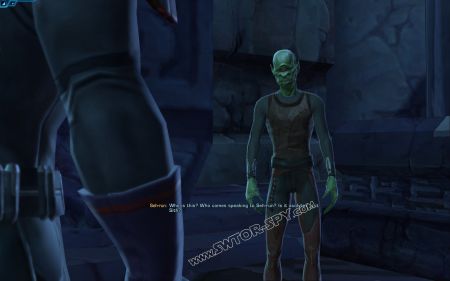 Experience Points: +708.75
Possible Aligment
Light Side Points: 50
Dark Side Points: 50
Item Rewards
Items – class specific
(*)
These items are awarded based on your character’s class. You get only the one appropriate for your class
:
Share
HTML :