Quest List
Shayl Tasao, the representative of an Exchange consortium on Tatooine, has hired you to take down an Exchange warlord named Ghar Bodya. Ghar killed a Sith apprentice sent to assassinate him, and the Imperial retaliation is costing all of them.

First, you’ll need to lure Ghar into the open by causing some destruction. In the Dune Sea, destroy Ghar Bodya’s water supplies at the derelict sandcrawlers. Then, defeat Ghar Bodya and take his head as proof.
Starting at: 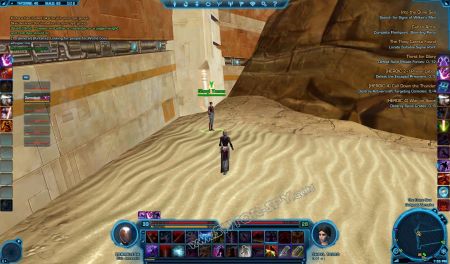 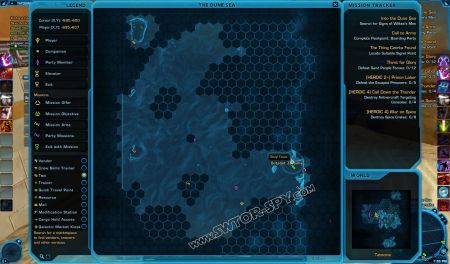 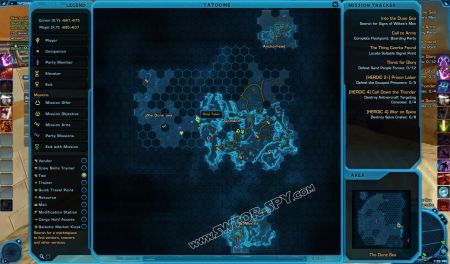