Whether you’re a new or experienced player, it’s the perfect time to jump in and complete some dangerous contracts between March 11 – 18 at 1AM PST/9AM GMT. 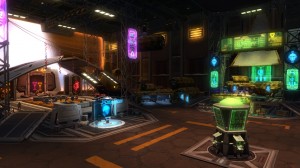 For a limited time, the Bounty Brokers Association has opened its doors to anyone willing to take on their dangerous contracts, offering an opportunity for both seasoned and rookie hunters to prove their skills and bring crime syndicates and violent gangs to justice!

Each day, you can sign up for one standard “Henchman” contract and one high profile Kingpin Contract, and each may take you to a separate planet. Complete five standard contracts to unlock Kingpin missions with bigger loot! Head to the fleet now, invite your friends and visit representatives of the Association to get started on your contracts!

TO GET YOU STARTED:
1. Head to the fleet
2. Look for BBA representatives standing near carbonized bounties
3. Head to the Cartel Bazaar to use the mission terminals
4. Choose your mission, locate the target, kill or freeze it
5. Collect great rewards!
6. Repeat 5 times (1 a day per character) to unlock Kingpin missions!