loading
Swtor Game Update 2.4 is scheduled for October 1st, and according to SWTOR team this update is shaping up to be very big. See list below for a quick overview at announced features:

New 4v4 Warzone Arenas are brand new deathmatch maps that should resolved Ranked Warzone queuing. Does this mean we can expect cross realms PvP queuing? According to Bruce Maclean’s, Senior Producer, this is not likely to happen with 2.4 update unfortunately. At latest Comic-Con they revealed three Warzone Arenas: Makeb, Tatooine and Space Garage.

The 4v4 Warzone Arenas are not scaled down versions of the current 8v8 maps. They are a brand new Warzone type (deathmatch) on their own brand new maps! Note: Plural! You will see more than one map at launch.

While the exact details of which features will make Game Update 2.4 are still being hardened I can definitely say that Cross-Server Queueing is not in the plan for it. We’ve taken a hard look at Cross Server Queuing in the past and accomplishing it is a *significant* challenge that would take a lot of time away from other things we are working on. Emphasis on significant. It’s not forever off the table but it’s not in the plan right now.

Even though it is too early to share specifics I can say that Game Update 2.4 as it is being worked on right now has features and changes that should cause a significant improvement of queue times for ranked Warzones in particular. 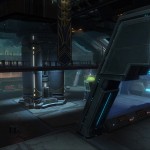 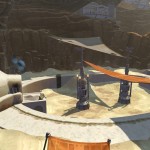 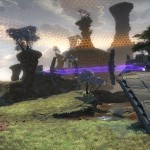